WWE’s top wrestler John Cena turned a year older today (April 23). The 44-year-old wrestler is a big admirer of BTS and is in love with them. Like BTS Army, even John Cena is an ardent fan of the South Korean band boys and keeps sharing his love for them. John’s admiration for BTS speaks volumes about his love for them. The entire world especially the youth is gushing over BTS, while John is seen talking about them in shows including The Tonight Show Starring Jimmy Fallon and The Late Late Show With James Corden. Here is a list of times when the wrestler and actor have professed his love for BTS. Also Read – Flashback Friday: When BTS’ Jimin conducted an ‘ugly’ video film and jokingly called everyone unattractive

When John Cena revealed why he is a big fan of BTS Also Read – Filmy Friday: Did you know the catchy hook of this Sidharth Malhotra song was lifted from a BTS track? 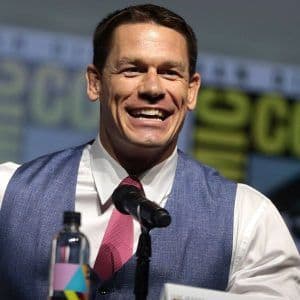 WWE Superstar John Cena REACTS to BTS’ comment about him

When the wrestler appeared on James Corden’s talk show, he said that he began listening to their music and the messages they send to their fans. He even said that they send a good message through their music. Also Read – BTS: MCU’s Danny Ramirez wants his The Falcon and The Winter Soldier team to take a cue from the septet

We all know how BTS has always raised its voice against racial discrimination faced by Asians in the West. They even spoke about an incident they had faced. The boys had donated USD 1 million for the Black Lives Matter movement and received praises from Army. John tweeted saying, “One of the many reasons I respect @BTS_twt and #ARMY #ARMYMatch1M #ArmyMatchedForBLM thank you #BTS and #BTSARMY.”

When John Cena appreciated BTS for changing the world 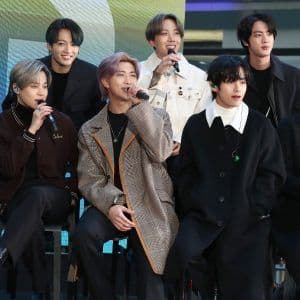 On Jimmy Fallon’s talk show, John appreciated BTS and Army for changing the world and its perspective. He said that the BTS has created a global ARMY and send out good messages to them. He further continued saying that like BTS boys donated a million bucks to the Black Lives Matter their ARMY also contributed saying that if they can do it we can also. John seemed to be quite impressed with BTS and their ARMY.

When John Cena empathized with BTS ‘me time’ 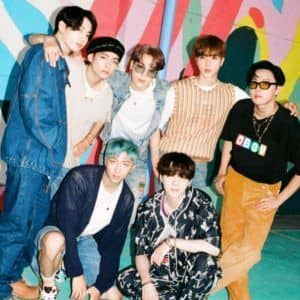 In an interview with Metro UK, John Cena spoke about understanding the value of rest and recovery. He could understand and empathize with BTS who were on a break. John Cena said that hiatus can be super productive and good.

When John Cena was left in complete aww with BTS’ online concert Map of the Soul ON:E

My respect for this group continues to grow. Always give back, always give credit, stay humble, work hard, listen, appreciate, and acknowledge those who help you. Cheers #BTS forever a class act #WeAreNotSevenWithYou

During COVID-19 last year, BTS had to cancel their Map of the Soul Tour. But how could BTS upset their huge global fans? Well, they treated their ARMY with not just Bang Bang Con: The Live but also Map of the Soul ON:E. BTS left everyone stunned with their love for their ARMY. Even John Cena tweeted saying “My respect for this group continues to grow. Always give back, always give credit, stay humble, work hard, listen, appreciate, and acknowledge those who help you. Cheers #BTS forever a class act #WeAreNotSevenWithYou”.

As John Cena, even BTS boys are huge fans of him.

Who is Griff and what’s her net worth?

Op-ed: Republican and Democratic leaders are far apart on infrastructure.…

Israel protests: Why are violent protests happening in Israel? Why are…

Jumeirah to reopen Carlton Tower in London next month | News