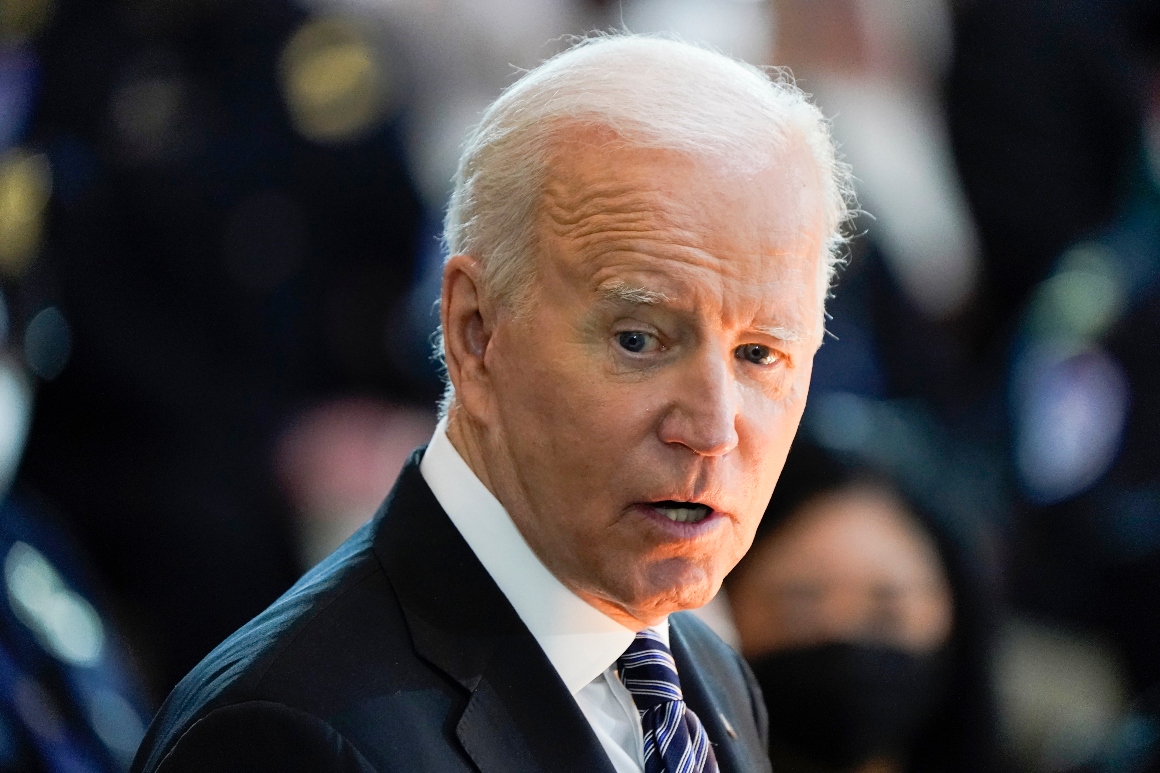 Trump’s changes to the program, which took effect in 2019, barred family planning dollars to abortion providers and those who referred patients for the procedure. Democrats and abortion rights groups said the policy amounted to a “gag rule,” while anti-abortion groups aligned with the previous administration said federal funding should never go to abortion providers, though longstanding rules already bar federal funding for abortion except in rare cases.

In the rule released Wednesday, the Biden administration said approximately a quarter of the program’s providers left due to the restrictions, leaving the program with 1,000 fewer service sites and 22 percent fewer patients served nationwide. Six states lost all of their Title X providers, while another six lost the vast majority, according to the health department, which estimated the changes led to as many as 181,477 unintended pregnancies.

“The impact of the 2019 Final Rule has been devastating to the hundreds of thousands of Title X clients who have lost access to critical family planning and related preventive health services,” the new rule reads.

But despite calls from progressive groups for the Biden administration to suspend enforcement of the Trump-era policy while its revision goes through the rulemaking process, those restrictions will remain in effect until Biden’s rule is finalized later this year. A spokesperson for HHS said federal law dictating rulemaking procedures prevented the department from unwinding the Trump policy sooner because Biden wanted to ensure the revision survives potential litigation.

Still, reproductive rights groups, including those who challenged the Trump policy in court, expressed frustration with that decision.

“Every day the old regulations remain in effect, the federal government is dictating a lower standard of care to low-income patients,” said Julie Rabinovitz, the president and CEO of Essential Access Health, the primary Title X grantee in California.

Rabinovitz said that in the two years since the Trump rules took effect, her network of Title X clinics shrunk from 366 in 38 counties to 238 in 20 counties. Most of the providers who left have signaled they are ready to rejoin once the Trump-era restrictions are lifted, she said.

Planned Parenthood, which forfeited about $60 million in federal funding when it left Title X and previously served more than 40 percent of the program’s patients, will not be able to rejoin the program until the end of the year.

Anti-abortion groups who celebrated Trump’s Title X rules haven’t signaled whether they’ll challenge the rollback in court. But they are calling on the Supreme Court to hear a pending lawsuit over the Trump policy, hoping the 6-3 conservative majority would uphold it. That would make it easier for a future Republican administration to reimpose the restrictions. Groups such as Susan B. Anthony List have also pledged to mount a campaign to flip the House in 2022 that highlights what they call Democrats’ “abortion extremism.”

The National Family Planning & Reproductive Health Association, which includes both providers who left Title X in protest of the Trump rules and sites that decided to stay and comply, complained the Biden administration’s recent budget blueprint should have requested more money for Title X to make up for the Trump cutbacks.

“President Biden has had several opportunities to expedite recovery for this network, yet at every turn his administration is failing to respond to desperate and urgent calls for relief,” said Clare Coleman, the group’s president and CEO. “The Biden administration has not only undercut its stated commitment to support family planning providers in this budget proposal but has chosen to keep the field in a dangerous holding pattern with a drawn-out rulemaking process.”

The HHS spokesperson countered that the administration’s $340 million request is an 18.7 percent increase from the program’s current funding levels and more money than Title X has ever received in its more than 50-year history.

Biden’s $1.9 trillion Covid rescue package passed in March also included a $50 million supplemental boost for current Title X providers to help them weather the pandemic — a move that anti-abortion groups decried as a “bailout for the abortion industry,” though the Trump restrictions on abortion providers remain in effect for now.

The spokesperson said the funding request is in line with the administration’s values and that the proposed update includes a more expansive definition of “family planning” and an enhanced focus on racial equity.

In his prior role as California’s attorney general, HHS Secretary Xavier Becerra led a coalition of blue states in suing the Trump administration over the Title X rule. Lower federal courts sided with those states, but appeals courts have allowed it to take effect everywhere but Maryland. The Supreme Court earlier this year said it would hear the case, but the Biden administration has asked the justices to dismiss it.

HHS said that Becerra is recused from any litigation over Title X given his prior involvement, but will be involved in crafting the new rule.

Ohio to give five residents $1 million each in vaccine lottery

A shot at a million: Ohio offers vaccinated a chance to win big bucks, college…