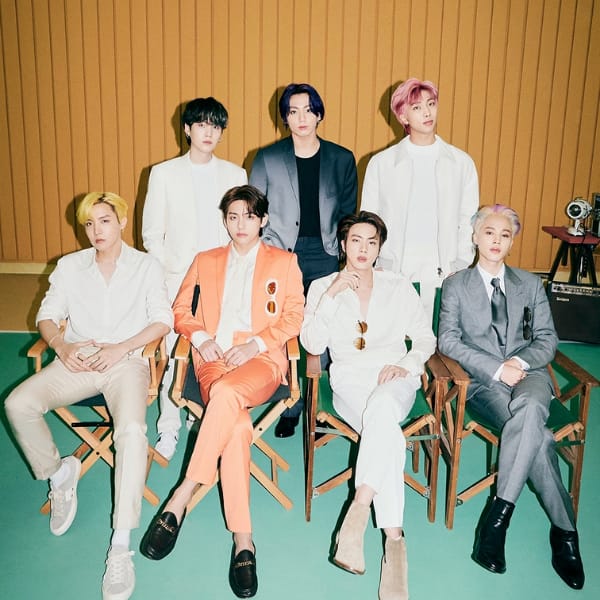 The South Korean boy band, BTS, comprising RM, Jin, Suga, J-Hope, Jimin, V and Jungkook, have been entertaining music lovers with their catchy and positive numbers since 2013. Last year was huge for the band as they topped the Billboard Hot 100 chart with Dynamite, which is their first single sung entirely in English. BTS also got nominated at the 2021 Grammy Awards for Best Pop Duo/Group Performance for the foot-tapping disco-theme track. And while the BTS members have a huge fan base in India, the K-Pop band recently sat down for an interaction with the Indian media and shared a special message in Hindi for their Indian ARMY. Also Read – ARMY trends ‘Free BTS’ after Good Morning America host did not talk much about BTS – view Twitter reactions

In a teaser video of the interview, the BTS members were seen speaking in Hindi with a leading news channel.They extended their greetings with the traditional namaste which was followed by a special message in Hindi, “Indian BTS Army, aap humare dil mein rehte hai (Indian BTS Army, you are in our hearts).” Earlier, the BTS members have shared a message of hope for their Indian fans and wrote to PTI via an email saying, “Our prayers are with India. Stay strong ARMY and let’s never lose hope.” Also Read – Hollywood News Weekly Rewind: BTS’ Jungkook helps staff post live shows; David Schwimmer ‘Ross’ and Jennifer Aniston ‘Rachel’ were actually crushing on each other

Last year, the BTS had expressed their wish to visit India as soon as the pandemic ends. “We’re ready to meet our fans whenever we can as soon as this pandemic comes to an end. There is nothing we want more than to go on tour to meet ARMY again in person. We really want to reach as many ARMY in the world as possible, so we hope to visit India in the future if an opportunity is given,” said Jin. Also Read – BTS: This is how Suga REACTED when an Army made a weird request to him during a live broadcast

The K-Pop band recently announced an online live-streaming event, BTS 2021 Muster SOWOOZOO, to celebrate the eighth anniversary of the band and their fandom, known as ARMY. The two-day event will be held on June 13 and 14. June 14 will see the ‘World Tour Version’ and showcase the group’s foreign language songs.

BTS have just released their new single Butter. The music video of the song, released on Friday, broke their own record for the biggest music video premiere on YouTube, racking up 3.9 million peak concurrents. The song amassed over 100 million views within 21 hours.