BTS’ V and Jungkook aka TAEKOOK share the most amazing friendship bond on the planet, and here’s proof – watch videos 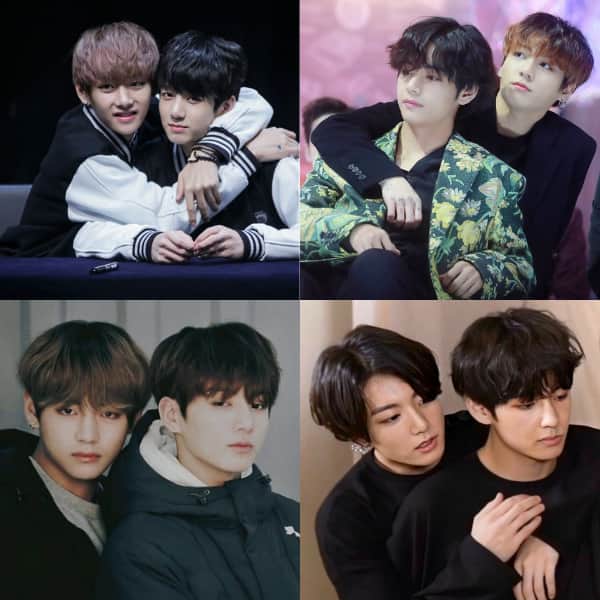 BTS boys are very close to each other. But you may know, we connect most with the people who belong to our or are closer to our age group. But sometimes, it happens that we adopt friends who are younger than us and become their guardian and closest friends. And that’s how we would describe the bond between BTS’ V aka Kim Taehyung and Kookie aka Jeon Jungkook. Taekook are shipped by people all across the globe. And there are even people who ship them as a couple. It may amuse you but yeah, it’s the truth. They are combustible together, jokers at times, hotties in one frame, deeply attached to each other and very caring and unwittingly, even you would start shipping Taekook after a point. So, let’s have a dekko at the moments when Taehyung aka Taetae bear and Jungkook aka Kookie bunny dished out friendship or BFF goals: Also Read – Here’s what McDonald’s BTS meal looks like in different countries

When whatever you do, it’s always fun. When you know and keep humour as humour. Here’s Jungkook pulling a prank on V when he had permed his hair for Butter release. Jungkook put loads of forks. Taehyung wasn’t annoyed with it and instead went with the flow and the other BTS members were having fun too. Also Read – BTS: RM and Jimin purchase apartments in Seoul’s MOST expensive housing complex – view pics

When you are protective of each other. In one of the Run BTS episodes, J-Hope aka Jung Hoseok was asked to cut the strings of pig-dolphs that were given to each member. Jungkook had been running and hiding away from J-Hope and then V decided to protect Jungkook from J-Hope. Although he later teamed up with J-Hope, it was cute to see Taehyung helping Kookie out. Also Read – BTS creates history as they become the FIRST-EVER K-pop band to top Billboards Hot 100 thrice

In yet another Run BTS episode, we saw Jungkook who is good at everything playing table tennis like a pro. And Taetae bear was enjoying it so much that his vibe check is 100 per cent.

Nothing like throwing your bestie in the pool right? Watch Jungkook and Taehyung doing the same here:

When you love to hug your best friend! Jungkook and Taehyung are so adorable!

Here’s a compilation of BTS V and Jungkook’s handshake moments. You’d love it.

Here are some more Taekook or Vkook moments:

Most Comfortable Shorts For Women