BTS’ vocal coach reveals the singer who has improved the most, Katie Price wants baby through surrogacy and more 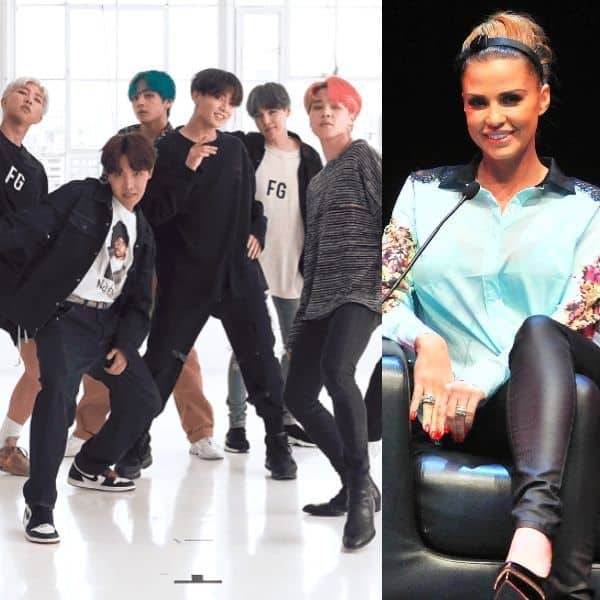 The day is about to end but not without your daily dose of trending Hollywood news. Among the newsmakers today, we have BTS, Katie Price, Cardi B, Offset, Benedict Cumberbatch and more. So without any further delay, here’s all the latest buzz from the West. Also Read – Trending Hollywood news today: BTS and Jennifer Lopez collaboration on the cards, Ryan Reynolds opens up about his ‘fairytale romance’ with Blake Lively and more

It’s a boy for rapper Cardi B and husband Offset
Rapper Cardi B and her husband Offset have welcomed their second born — a son. The two welcomed their second child on Saturday, Cardi B announced on Instagram Monday. Cardi shared the news alongside a photograph of her cradling her baby boy in her hospital bed while sitting next to Offset. “9/4/21,” Cardi captioned the sweet family photo, reports people.com. “We are so overjoyed to finally meet our son,” the couple said in a statement shared with People. Also Read – Thanos creator Jim Starlin thought Avengers: Infinity War would be ‘piece of sh*t’ like Justice League – here’s why

Katie Price wants baby through surrogacy
Katie Price, who is already a mother of five children, wants to have a baby via surrogacy and is determined to have as many as she can. Katie has Harvey with Dwight Yorke, Junior and Princess with first husband Peter Andre and Jett and Bunny with third spouse Kieran Hayler.

BTS’ vocal coach reveals the singer who has improved the most
BTS has one of the best vocal lines in the K-pop industry. The BTS members including Jin, V, Jungkook, and Jimin are known as the official vocal line and their unique voices. Their pure and magical voices have captured millions of hearts across the globe.

Read the full story here: BTS’s vocal coach reveals which member’s voice has improved the most

Benedict Cumberbatch says an actor’s sexuality should not be asked before taking on a role
English actor Benedict Cumberbatch has said that actors should not have to explain their sexual history before taking on a role. The 45-year-old actor said that he is “very sensitive” about representation and diversity in the movie industry but doesn’t think his own sexual orientation should stop him taking on parts such as cattle rancher Phil in his new movie ‘The Power of the Dog’, reports femalefirst.co.uk. “Is this a thing where our dance card has to be public? Do we have to explain all our private moments in our sexual history? I don’t think so,” Cumberbatch said.

(With inputs from IANS)

All About the Costumes in Only Murders in the Building