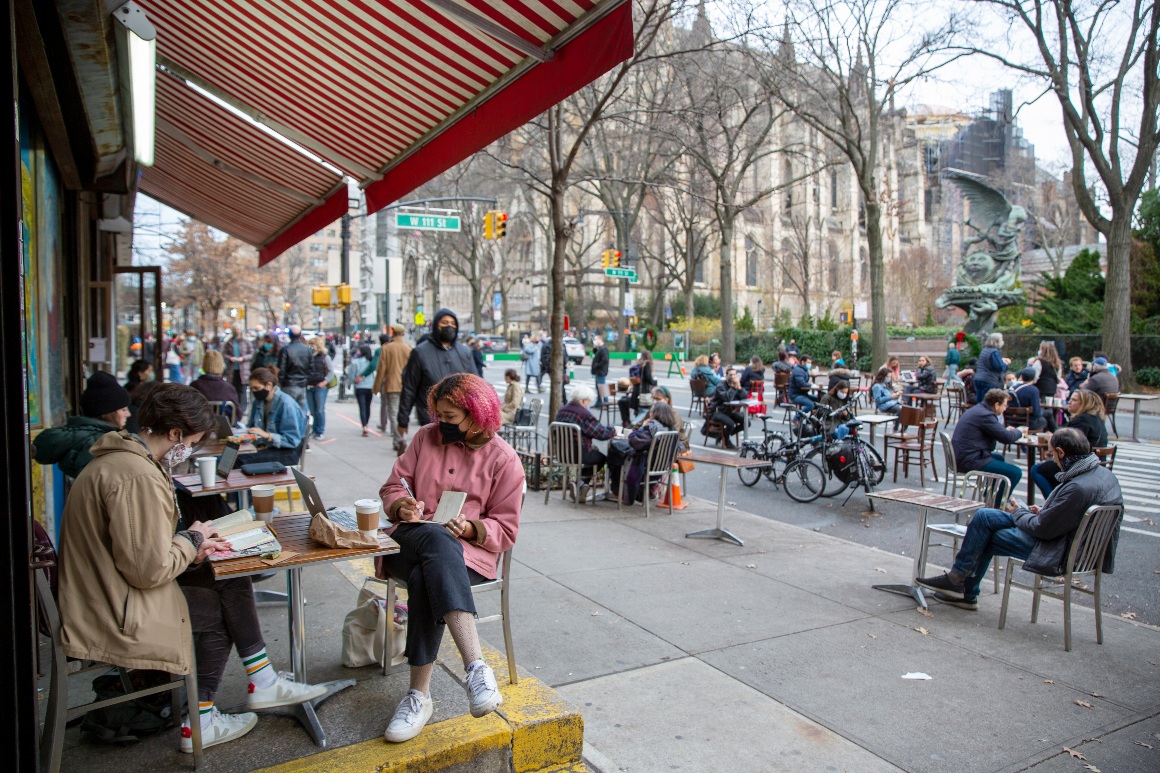 “How long vaccine protection lasts and how much vaccines protect against emerging SARS-CoV-2 variants are still under investigation,” the guidelines say. “Until more is known and vaccination coverage increases, some prevention measures will continue to be necessary for all people, regardless of vaccination status.”

An earlier draft of the guidelines included a travel section but senior health officials decided not to release that portion of the recommendations at this time, one senior administration official told POLITICO. Advice on whether vaccinated people need to quarantine after exposure to someone with Covid-19 also sparked debate at a White House meeting Friday, one day after the guidelines were originally set for release.

The guidelines highlight the small steps the U.S. is taking to return back to normal life but also underscore the extent to which health officials continue to be worried about Covid-19 transmission and the emergence of new variants.

“Like you I want to be able to return to everyday activities, but science on the protection of public health must guide us,” CDC Director Rochelle Walensky said at a press conference Monday. “We continue to have high levels of virus and more readily transmissible variants have been detected in nearly every state. Our understanding of the virus continues to rapidly evolve. As more people get vaccinated and science and evidence expands … we will continue to update this guidance.”

The recommendations come at a time when the U.S. is ramping up vaccinations and as governors across the country are moving to relax public health restrictions. Last week White House adviser Andy Slavitt said 23 percent of adults have received their first shots of either the Pfizer and Moderna vaccine. According to the CDC, more than 116 million doses have been distributed to states and about 90 million have been administered.

Walensky has stressed that although Covid-19 cases are decreasing, the numbers are still concerning and that new variants could threaten the progress the country has made in the last several weeks.

The CDC guidance for vaccinated people was originally slated to be published March 4 but was put on hold two days before after a series of meetings and calls between health and communications officials, as POLITICO first reported last week.

In an email to a senior official at the CDC, a senior official in the Department of Health and Human Services said it looked “increasingly like CDC, CMS guidance will not happen on the timeline we identified” and that officials should all “hold” for the time being, according to a senior administration official who read the email to POLITICO.

The email, which was forwarded to Walensky, concerned health officials who feared that the administration was interfering in their work, according to two senior administration officials who spoke to POLITICO last week on the condition of anonymity so they could speak freely about the matter. During the Trump administration, senior political appointees often stepped in to edit the CDC’s Morbidity and Mortality Weekly Reports with political, rather than scientific, considerations in mind.

Jason McDonald, a spokesperson for the CDC, told POLITICO last week that the guidance for vaccinated people was delayed because “we have not finalized it here at CDC. Once it is final, we will publish and disseminate it.”

Anthony Fauci, President Joe Biden’s chief medical officer, is adamant that the guidelines were only delayed because the Biden Covid-19 team wanted to ensure the document did not confuse the public.

“It’s very interesting, because there was this sort of storm about why it didn’t come out sooner, like ‘what’s happening?’ There was no nefarious anything with that. It was just…getting the sentences clear so that people would understand it,” Fauci told POLITICO Monday morning.

Officials previewed the guidance during a White House meeting on Friday, according to two people with knowledge of the discussions. But at the time, there remained lingering concerns about whether the document was clear enough. One sticking point in particular had been the CDC’s recommendations for whether vaccinated Americans should quarantine after Covid-19 exposure, those sources said, especially as more cases of reinfections are confirmed globally.

It’s still unclear how long the vaccines provide immunity against the virus, and health officials have worried that vaccinated people could still be susceptible to new Covid variants.

“If it becomes dominant, the experience of our colleagues in South Africa indicate that even if you’ve been infected with the original virus that there is a very high rate of reinfection to the point where previous infection does not seem to protect you against reinfection,” Fauci told CNN in early February. He told POLITICO Monday that data show the vaccines still can protect reinfected people against severe disease.

The Biden administration in recent days came under rising pressure to quickly publish the guidelines from governors who privately indicated they were eager to reopen their states soon, according to a person with knowledge of the discussions.

Fauci said that mask mandates could slacken as more people get vaccinated because of evidence in countries like Israel that transmission from vaccinated people to others is quite low.

“I think as we get more data in that regard, you’re going to start seeing the mask mandate for people who are vaccinated be pulled off gradually — not yet, we need the data — but it’s going to happen, pretty soon I think.”

U.S. federal officials still advise that even vaccinated people continue wearing masks “out of an abundance of caution,” he said.