Half of U.S. adults now have received at least 1 Covid shot 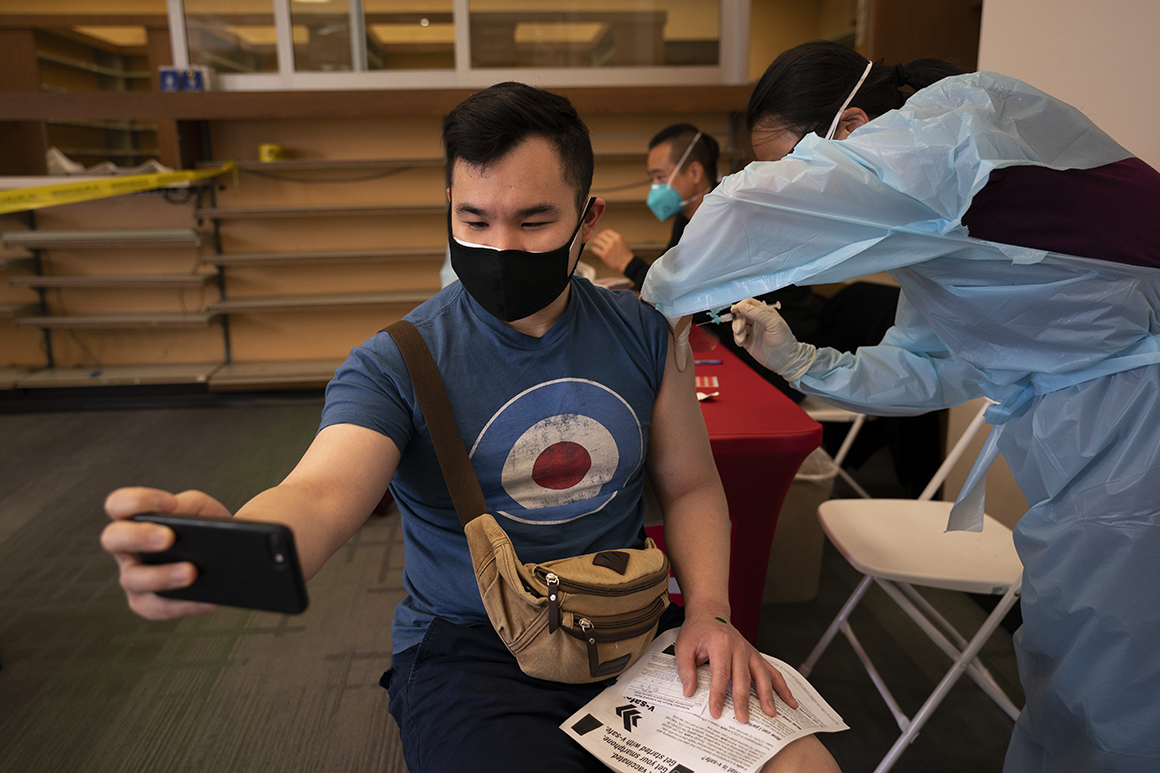 The country’s vaccination rate, at 61.6 doses administered per 100 people, currently falls behind Israel, which leads among countries with at least 5 million people with a rate of 119.2. The U.S. also trails the United Arab Emirates, Chile and the United Kingdom, which is vaccinating at a rate of 62 doses per 100 people, according to Our World in Data, an online research site.

The states with the highest vaccination rates have a history of voting Democratic and supporting President Joe Biden in the 2020 election: New Hampshire at the top, with 71.1%, followed by New Mexico, Connecticut, Massachusetts and Maine, CDC data show.

Included in the vaccination total are millions of the single-dose Johnson & Johnson vaccine; use of that vaccination has been paused because of six cases of unusual blood clots. More than 6.8 million doses of the Johnson & Johnson vaccine have been given in the U.S., the vast majority with no or mild side effects. Authorities stressed they have found no sign of clot problems with the most widely used Covid-19 vaccines in the United States — from Moderna and Pfizer.

Vaccination rates do not always align with how states vote. But polling from The Associated Press-NORC Center for Public Affairs Research has shown trends that link political leanings and attitudes about the vaccines and other issues related to the pandemic, which has killed more than 566,000 people in the U.S.

A poll conducted in late March found that 36% of Republicans said they will probably or definitely not get vaccinated, compared with 12% of Democrats. Similarly, a third of rural Americans said they were leaning against getting shots, while fewer than a fourth of people living in cities and suburbs shared that hesitancy.

Overall, willingness to get vaccinated has risen, polling shows.

In January, 67% of adult Americans were willing to get vaccinated or had already received at least one shot. The figure has climbed to 75%, according to the latest AP-NORC poll.

Fauci, the nation’s top infectious disease expert, said the goal is to get community figures, from athletes to clergy, to encourage vaccinations, particularly as the seven-day national average of cases remains over 60,000 new infections per day.