Have Jennifer Lopez and Alex Rodriguez called it QUITS? 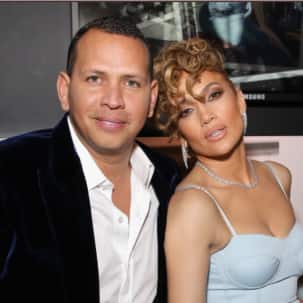 As per reports in foreign media, Jennifer Lopez and Alex Rodriguez have ended their affair. The couple were together since 2017. After two years of dating, Alex Rodriguez had proposed to her for marriage in 2019. It seems they were supposed to marry last year, but the pandemic caused the delay. As per sources, the two called it quits two weeks ago. Alex Rodriguez and Jennifer Lopez are not socialising together any more. Those close to the couple feel that a reconciliation is out of question. The couple were a dream match. She is a top global singer while he is a great in the sport of baseball. Also Read – Jennifer Lopez reveals an interesting trivia about the name JLo and it will surprise her fans

Well, those who follow news of the couple know about the Madison LeCroy scandal. During a reunion, someone who is a part of Southern Charm said that LeCroy was in contact with a baseball star. The lady said she was face-timing with the sportsman but they never met in people. She reportedly said, “He [Alex] has never physically cheated on his fiancée with me’, adding, ‘I don’t want anything bad for his family, or for mine. We are definitely innocent in this.” Also Read – Jennifer Lopez opens up on delaying her wedding with baseball star Alex Rodriguez due to the Covid-19 pandemic

Alex Rodriguez had been talking about how he is impatient about getting married to Jennifer Lopez. In the past, Jennifer Lopez has been with famous personalities like Chris Judd, Marc Anthony and Ben Affleck. The singer has said that she believes in marriage. She has a couple of kids, Max and Emme from Marc Anthony. She told Harper’s Bazaar in an interview in 2019, “For me, the relationship journey has been very up and down. But it didn’t have to do with anybody else but me — it was about me figuring out me. Until you learn to love yourself, you can’t completely love [someone else] in a way that is pure and true. Once you do that, you can have relationships that are based on love and respect, that are supportive and nourishing.” Also Read – Madison LeCroy denies having a fling with Jennifer Lopez’s fiance Alex Rodriguez says he is ‘just an acquaintance’