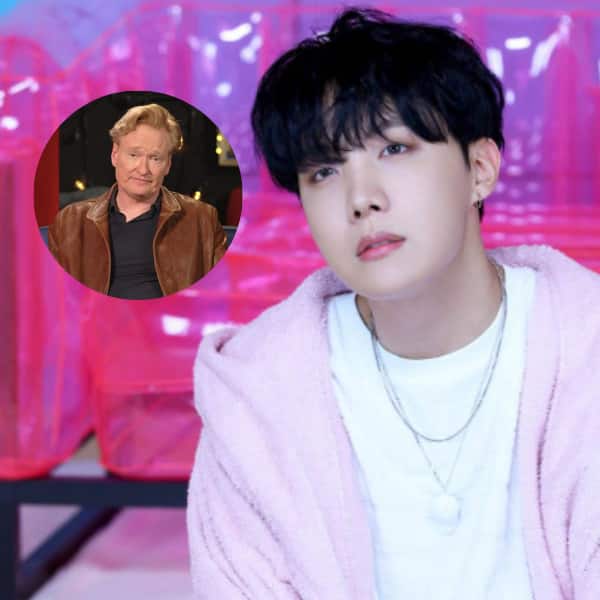 BTS boys aka Bangtan boys are known for their goofiness alongside their amazing music albums, thoughtful messages, and wishes, and ARMY, of course. The septet is known to goof up oftentimes. And it happened again. Jungkook, V, Jimin, Jin, J-Hope, RM, and Suga recently made an appearance on a South Korean Variety Show. Thereupon, the boys were asked to recognize a lot of celebrities from across the globe. When it was J-Hope aka Jung Hoseok’s turn, the rapper from BTS fumbled with the name of a famous personality and TV presenter, Conan O’Brien. Mind you, there was a lot of pressure to get the name right in the first instance and his nervousness got the best of him. He called Conan, ‘curtain’ and it was all mayhem. As soon as he said the words, J-Hope realized his mistake and collapsed into fits of laughter. Also Read – BTS’ RM And J-Hope are big fans of THIS female celebrity! Can you guess?

Jin aka Kim Seokjin was amused and appalled a little and said, “Conan! How can you not know Mr. Conan!” A still hysterical J-Hope, said, “I got confused for a moment!” However, it seems the veteran TV show host was not amused. He expressed with a deadpan expression, saying, “Curtain. He called me Curtain!” Conan’s sidekick Andy Richter reasoned on J-Hope’s behalf saying that maybe now that they have announced that they are shutting Late Night with Conan O’Brien, it was a calling. He said, “Well, it’s like the whole world is convening to wish you well on your new endeavor and, you know, we’re drawing the curtain…” Also Read – BTS: ARMY’s reaction to the new hair colors of the K-Pop band members for their latest song, Butter, will make you ROFL – view tweets

A wounded in the heart, Conan exasperatedly added, “He said I was a curtain! I’ve been to Korea! I was popular! ‘Curtain!’.” He went on to add, “I was popular! ‘Curtain!’ I’ll get you BTS, oh I’ll get you good. And by that I mean I’ll silently resent you.” Well, worry not, it’s all in good humour. O’Brien hasn’t taken it to his heart. Check out his reaction to J-Hope’s fumble below: Also Read – BTS: Wedding pics of J-Hope’s sister, Jung Jiwoo, surface online leaving ARMY enraged — read tweets

What do you have to say about J-Hope’s fumble and Conan O’Brien’s reaction to the same? Let us know by tweeting @bollywood_life.

ARMY is floored by Jimin’s kind and wonderful words for them, trends We Love…