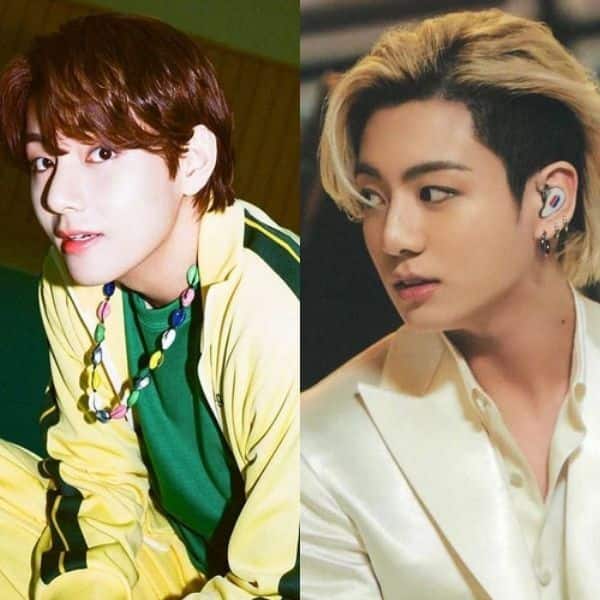 Big Hit Entertainment has come out with a new episode of Run BTS. This looks like an extended fest for fans who swooned over the boy band in the Muster Sowoozoo 2021. The special celeb guest was Baek Jong Won. He has come on their show before. The chef shares a wonderful chemistry with the boys. The theme was pairings. The boys were divided into groups of three. J-Hope, Jimin and Jin were in one group, while Taehyung, RM and Jungook were in the other one. The boys discussed their fave dishes. Though they work hard for their hot bods, it is no secret that they love food. Celeb chef Baek Jong Won has fans in the family members of the boy band. Also Read – Trending Hollywood News Today: Jennifer Lopez and Ben Affleck’s lip-lock, BTS announces Butter CD single, Chrissy Teigen apologizes after bullying allegations and more

They spoke of food allergies. Fans of BTS know that Jin is allergic to garlic and potatoes. He is more allergic to potatoes. Earlier, V revealed that he has a condition called cholinergic urticaria. Individuals get red rashes/patches of itchy red skin due to heat. Kim Taehyung said earlier that he is not allergic to anything. Now, he told the chef that he is allergic to beans. He said he cannot eat foods with full beans but prefers tofu, beansprouts and half-beans! Also Read – BTS: Jimin’s reaction to ARMY who watched their online concert through piracy is winning hearts

On hearing this, Jungkook interrupted and said that he is not allergic but a picky eater. He said his allergy is nothing but a preference. RM said with a laugh, “He’s allergic selectively.” The sad part is that Suga is missing from the show. We know that Min Yoongi is a pro at the kitchen. Perhaps, he was too exhausted from the festa. In the kitchen area, Jimin shows off his chopping skills. We can see Kim Taehyung having a moment with Baek Won Jong. The almost father-son equation between them looks good fun. We wonder how V will handle RM and JK later for busting his lie publicly. Also Read – BTS: When V shared his favourite song lyrics and it was a rather ‘unconventional’ choice

$30,000 in Rewards Are Available for Tips Leading to Brian Laundrie’s Arrest