Katharine McPhee and David Foster welcome 1st child together, a healthy baby boy, but the former says, ‘I always wanted a girl’ 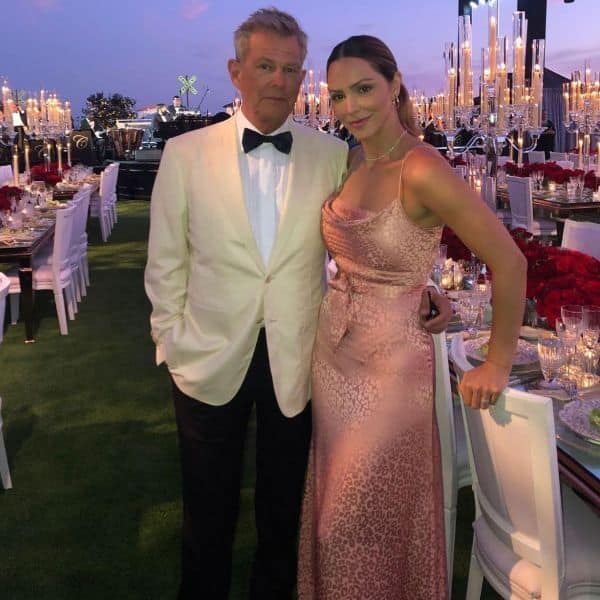 Actress, singer and songwriter Katharine McPhee and her music producer husband, David Foster, have welcomed their child together, a healthy baby boy. While it is Katharine McPhee’s first child, 71-year-old David Foster already has five children, all daughters — 34-year-old Jordan, 38-year-old Erin, 40-year-old Sara, 47-year-old Amy and 50-year-old Allison — from his past relationships. After becoming the first runner-up on the fifth season of American Idol, McPhee went onto establish a successful career as a singer besides having acted in films like The House Bunny and Shark Night 3D as also popular TV shows such as Smash and Scorpion. Also Read – ‘Scorpion’ actress Katharine McPhee and David Walter Foster get engaged

While speaking about her pregnancy on an episode of the Women on Top podcast, Katharine McPhee had earlier revealed, “Since I’m having a boy, I don’t know if people know that, it’s definitely different, you think about different things. I always wanted a girl, that’s always what I wanted…I always wanted both. Let’s just be honest about that. But now that I’m having a boy, I’m like, ‘Phew, wow, there’s different things I need to worry about.’ Versus the things I would be thinking about with a girl. I am a little short of breath here and there. Yeah, I mean, some days it’s a walk in the park and other days it’s like, oh gosh, OK! But, I feel really good. I’m in a good place.”

While speaking to ET about his wife, David Foster had previously stated, “She’s the whole package, you know? Singing, acting, beauty, she’s got it all.”

BollywooodLife wishes the very best to the happy couple.