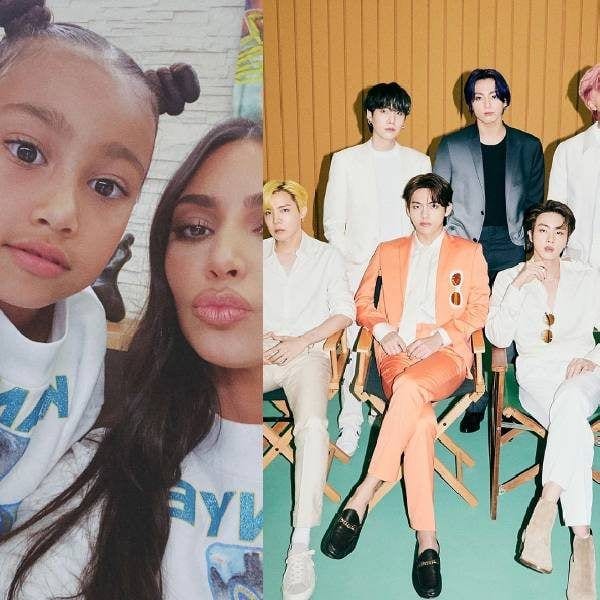 It’s time to get a round up of all that happened in Hollywood today. As usual, the stars were super enthusiastic with whatever they were upto. Keeping Up With The Kardashian star Kim Kardashian got everyone talking as she organized for a poop-themed party for daughter while K-pop band BTS made a new record with their latest online event. Also Read – Trending Hollywood News Today: Jennifer Lopez and Ben Affleck’s lip-lock, BTS announces Butter CD single, Chrissy Teigen apologizes after bullying allegations and more

The reality TV star went all out for her daughter North West who turned 8-years-old. She organized a poop-themed party for her daughter and got all her friends to dress in brown-coloured suits. Reportedly, it was North’s wish to have a birthday party of this theme. Internet surely lost its mind over the same. A netizen wrote, “North having a poop emoji themed birthday party is cringe. Normalize telling children hell no.” Also Read – Trending Hollywood News Today: Jennifer Aniston’s birthday wish for Courteney Cox’s daughter, Kourtney Kardashian’s bikini swag and more

BTS Muster Sowoozoo 2021 created a new record. As per the record, the K-pop band garnered 1.33 million paid viewers from across 195 countries in two days. The online event also made around $71 million (Rs 52 crore), inclusive of ticket sales and merchandise sales. Now that’s WOW!

Recently, Vin Diesel shed light on if Paul Walker’s daughter is going to be a part of the next instalment of Fast & Furious franchise. He was quoted saying to Access, “I would not count anything out,” further adding “Let me just—without giving you all of the secrets of Fast 10. Let’s just say nothing’s ruled out.”

Since Katy Perry is in Italy along with Orlando Bloom she is sharing a series of pictures on social media. But amidst all the romance pics with Orlando, she shared a picture of Jennifer Lopez and Ben Affleck kissing. This left all the Bennifer fan happy stating that Katy Perry too is gushing over their reunion.

On social media, Kendall Jenner shared a picture captioning it as ‘summer bod’. Correcting her, Vanessa Hudgens commented “*a* summer bod”. Further adding, “Cause all bodies in the summer are summer bods”. She ended with “Just sayin”.