The Conjuring 3, Army of the Dead, Spiral, Halloween Kills — 10 best horror movies of 2021 from Hollywood to look forward to

While each year brings with it many different types of movies, which the audience keenly awaits, no other genre gets movie-buffs more excited than horror. And we’re not only talking about hardcore horror fans, but also the average moviegoer — there’s just something about the genre that gets everyone’s senses tingling. On that note, 2021 promises to dish out an eclectic mix of horror movies, especially from Hollywood, covering a wide array of sub-genres — no category other than horror features so many branches, which in itself adds to its enamour. So, without further ado, here are ten upcoming horror movies of 2021 from Hollywood to look forward to (while some may have already released in the west, they all are in queue to make it to Indian shores)… Also Read – Dune trailer: Timothée Chalamet, Rebecca Ferguson, Josh Brolin, Jason Momoa band together for a star-studded sci-fi epic

The outback slasher gets a reboot, and this has already drawn some good reactions from critics abroad about how it’s better than at least the original movie’s sequels. Also Read – Josh Brolin shares a throwback photograph of himself playing Holi in India

Ben Wheatley is a force to reckon with among modern horror auteurs in the west, and this title may just put him on the map in India, especially with many already calling it the best horror movie of 2021.

The sequel to the 1992 slasher of the same name, regarded by many as one of the greatest slashers ever, is already making waves through advanced screenings, and with the original Candyman, Tony Todd, returning to his most iconic role, we’re gung-ho about this one.

Few can do crazy better than Nicolas Cage, and his recent efforts in horror films makes this a hot title to look forward to.

Having already been postponed twice due to the coronavirus pandemic, this sequel to the surprise 2018 blockbuster is not just one of the most anticipated horror movies of 2021, but among the year’s most keenly awaited films, period.

The origins of the Jigsaw Killer, one of horror’s most iconic movie monsters, from the Saw films, is traced in this prequel.

Though the 2018 reboot was a big hit, longstanding fans of one of the most popular slasher franchises of all time had some issues with the depiction of Laurie Strode (legendary scream queen Jamie Lee Curtis) and her arch-nemesis, the equally legendary horror villain, Michael Myers, as also with the plot structure, and we’re all hoping those creases are ironed out in this sequel.

Army of the Dead

No trailer had caught everybody’s fancy this year quite like Netflix’s Army of the Dead has, and with Zack Snyder returning to his first love, zombies (he made his directorial debut with the classic remake, Dawn of the Dead, in 2004, before moving onto DC’s superhero slate), the Dave Bautista starrer is one fun title to look forward to. 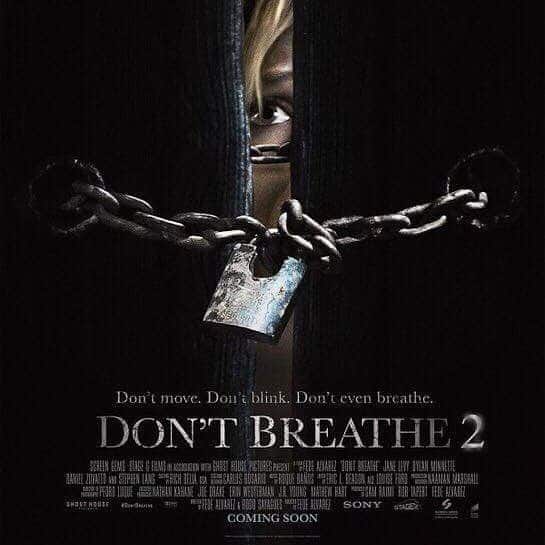 2016’s Don’t Breathe was easily the best home-invasion horror movie to emerge in recent times, brilliantly subverting the genre on its head, which is why we can hardly wait for the sequel.

So, which of these Hollywood horror movies in 2021 make it to the top of your watchlist? Tweet and let us know @bollywood_life .

States have a new Covid problem: Too much vaccine