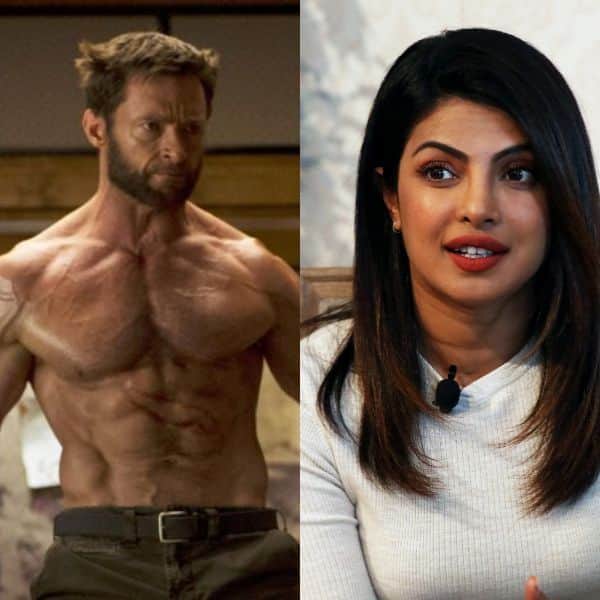 It’s the weekend which means it’s time to relax. It also means looking back at the week gone by in the world of entertainment. So here we are with the top Hollywood news of the week. From Priyanka Chopra Jonas thanking Hugh Jackman for amplifying her COVID-19 fundraiser to The Suicide Squad director James Gunn revealing his favourite Bollywood film, sit back and meet the Hollywood newsmakers of the week. Also Read – The Suicide Squad director James Gunn REVEALS his favourite Bollywood film and it stars Aamir Khan

As you might be aware, Priyanka Chopra Jonas has set up a fundraiser to help India amid the ongoing COVID-19 crisis. In an Instagram video she posted on Thursday, she talked how it is important for everyone to come forward and help the country. The Wolverine star Hugh Jackman amplified Priyanka’s fundraiser urging people to donate for Covid-19 relief in India. Hugh shared the links to the fundraiser on his Instagram and wrote, “Support India.” Priyanka thanked Hugh and his wife Deborra Lee Ann by reposting it on her Instagram stories. Also Read – From Aamir Khan to Amit Sadh, 5 Bollywood celebs who have QUIT social media

BTS boys Jungkook, V, Jimin, Jin, J-Hope, RM, and Suga recently made an appearance on a South Korean Variety Show. They were asked to recognize a lot of celebrities from across the globe. When it was J-Hope aka Jung Hoseok’s turn, the rapper from BTS fumbled with the name of a famous personality and TV presenter, Conan O’Brien. He called Conan, ‘curtain’ and it was all mayhem. It seems the veteran TV show host was not amused. He said, “Curtain. He called me Curtain!” Conan’s sidekick Andy Richter reasoned on J-Hope’s behalf saying that maybe now that they have announced that they are shutting Late Night with Conan O’Brien, it was a calling. He said, “Well, it’s like the whole world is convening to wish you well on your new endeavor and, you know, we’re drawing the curtain…” Also Read – Laal Singh Chaddha: Aamir Khan and Naga Chaitanya to shoot action sequences in Ladakh

Robert Downey Jr. shared the news that his personal assistant Jimmy Rich, who worked with him for almost 20 years, died in car accident. Paying tribute to his right hand, RDJ wrote, “This is not news. This is a terrible and shocking tragedy. Jimmy Rich was in a fatal car accident at approx. 8pm yesterday. He was a brother, my right hand man, an uncle to our kids and beloved by all who experienced his singular character and wit.. our thoughts go to his relatives, friends, co-workers, and all the fans who knew him as the man who supported every step of my recovery, life and career..” He added, “Again, my condolences to his beautiful family, and the legacy of hope and redemption his life will continue to represent. Peace Be Unto You.”

Director James Gunn, who is known for helming films like The Suicide Squad, Guardians of the Galaxy and others, has revealed his favourite Bollywood film. In a recent interaction on Twitter, a fan asked, “Do you see any Indian movies sir? To which he replied, Many. Lagaan is probably my favourite.”

With Masks On, Three Feet Is Just as Safe as Six Feet Apart for COVID-19