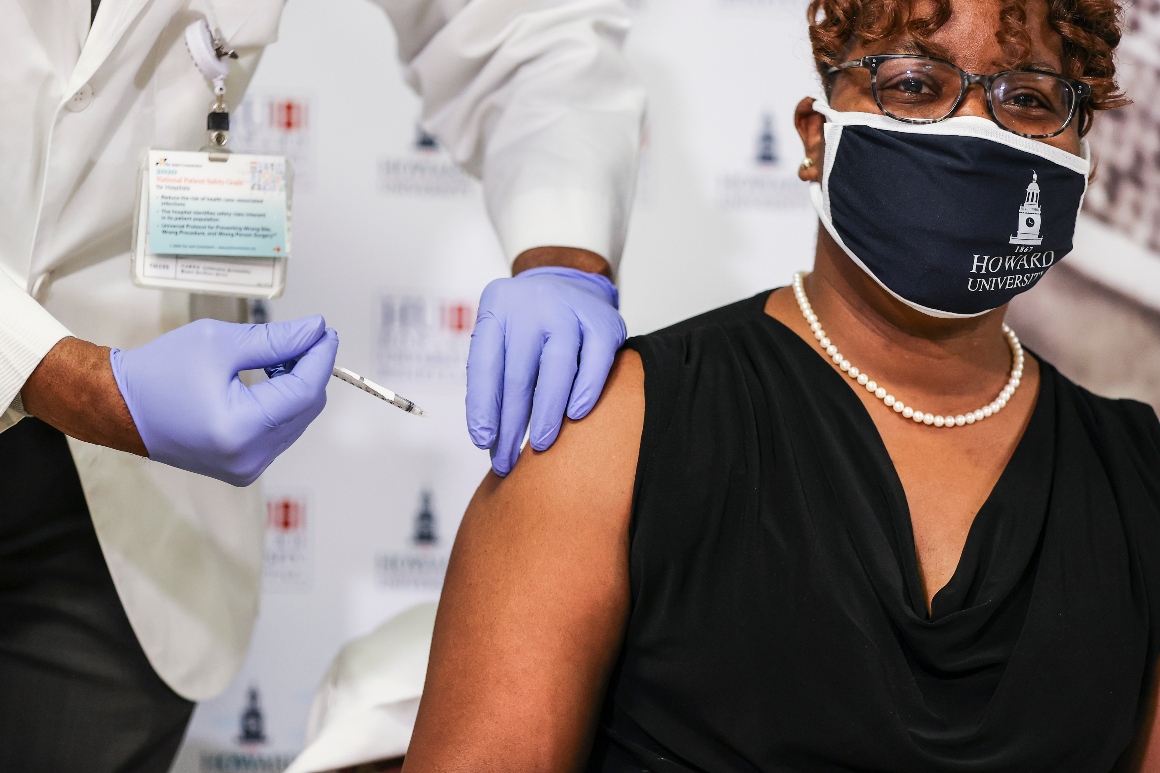 Addressing these disparities while ramping up vaccine supply will be a crucial early test for President Joe Biden’s administration. He signed an executive order on his second day in office aimed at tackling racial equity, and has named advisers to specifically focus on disparities in health. But solving the problem will require more than good intentions.

“This pandemic has really exposed the failures of our health care system,” said Rep. Raul Ruiz, (D-Cal.) a physician who represents a district with many Latino farmworkers with limited health care. “We cannot rely on this health care system to address equity … We are only going to continue to fail. And we see that now with the vaccine distribution.”

The federal government doesn’t explicitly mandate vaccines be distributed or administered equitably “so you’ve got states like Michigan that are well-meaning and thoughtful but didn’t have a comprehensive plan,” Debra Furr-Holden, a public health expert at Michigan State University who serves on the state’s coronavirus racial disparities task force, said in an interview.

“In the absence of a mandate, our natural drift is to inequity,” she added.

An early stumbling block has been a lack of data. In theory, the CDC required states to report race and ethnicity data from the start. But the rule was not strictly enforced, and some states did not initially require providers to collect the information, leaving major gaps in efforts to identify unmet needs.

As of mid-January, only 17 states had publicly released race and ethnicity data on who is getting vaccinated — often with caveats that the data are incomplete. Other states are collecting the information, but have declined to release it citing similar quality issues. The CDC says 47 percent of vaccination data is missing information on race and ethnicity — a flaw public health experts say needs to be corrected as the pandemic enters a new, dangerous phase.

“We can’t keep kicking the can. We can’t keep saying we don’t have the data, the data isn’t great,” said Cara James, former CMS director of the Office of Minority Health who now leads the organization Grantmakers In Health.

Marcella Nunez-Smith, chair of Biden’s Covid-19 equity task force, said at a Monday White House briefing that holes in the record “don’t just hurt our statistics, they hurt the community that are at the highest risk and have been the hardest hit.”

Data in those states that have collected it reveal stark racial disparities, with white residents typically getting vaccinated at more than twice the rate of Black residents. In Pennsylvania, which has one of the largest disparities, the ratio is more than three to one.

“We have had such weak federal leadership up to this point. At this stage of the pandemic, it is appalling that there are not standardized reporting systems,” said Jeffrey Levi, professor of health management and policy at George Washington University.

Public health experts say vaccine hesitancy is driving some of the racial gap, referencing polls suggesting Black Americans are more worried about getting the shots when the vaccines are still so new.

Age is another factor. In the initial vaccine rollout to health workers, younger staff — who also tend to be more racially diverse — have been less likely to volunteer for shots, officials say.

Some experts argue that focusing too much on hesitancy misses a larger point — that a lot more has to be done to get the vaccine into these hard-hit minority communities, at times and places where residents can access them.

Even in cities and states without comprehensive data, racial disparities can still be seen clearly on maps showing where doses have gone.

In the District of Columbia, residents in predominantly Black neighborhoods in the East have had the highest Covid-19 death rates, but are now receiving fewer doses of the vaccines.

While the city did seek to open many vaccination sites in these neighborhoods, the online registration system let residents sign up for appointment slots regardless of where they lived.

With the vaccines in short supply, the slots were disproportionately taken by residents from other parts of the city on a first-come, first-served basis. Elderly residents in particular also struggled with the computer-based system, and phone lines set up as an alternative were quickly overwhelmed.

“We were inundated with calls and messages from constituents, and we observed it anecdotally ourselves after going to some of the sites to see, visibly, that the vaccine distribution was overwhelmingly inequitable, favoring wealthier and white communities,” said D.C. Councilmember Kenyan McDuffie. “They traveled from the wealthiest wards to the poorest wards in the city.”

Experts also argue vaccine hesitancy plays a larger role when residents have to compete for scarce slots. If they are unsure about the vaccine’s safety, they aren’t as motivated to keep trying to get an appointment.

“If you just say we’re giving the vaccine to whoever’s first in line, then it disadvantages people who have questions,” said Joshua Sharfstein, a vice dean for public health practice and community engagement at Johns Hopkins University who previously served as Maryland’s top health official and as the deputy FDA commissioner during the Obama administration.

D.C. has also worked with providers to distribute doses outside of central appointment system by having them directly arrange appointments with patients, but minority populations are less connected to health delivery system generally.

McDuffie successfully pushed the city to reserve a portion of the vaccine supply for people who live in the hardest-hit ZIP codes. He also secured more phone staffing for residents unable to use the online system.

“They must be prioritized, and you cannot wait for these people to come down to City Hall and ask,” said McDuffie.

Michigan won praise earlier in the pandemic for focus on equity, including creating a dedicated task force on coronavirus racial disparities. But early signs show it too is facing inequities in the vaccine rollout.

Officials said they are working on fixing gaps in the data and hope to publicly release it within the coming week. But like other jurisdictions, a map of the region’s vaccination efforts suggests disparities are emerging.

Rural and predominantly white counties, especially along the state’s upper peninsula, have led the pack with more than 10 percent of their populations having already received the first dose. In Wayne County, which includes Detroit and where more than half of the state’s Black residents reside, just 6 percent have received a first dose.

Like other states, Michigan officials expect the first round of direct demographic data to likewise show substantial disparities when it is finally released.

In an interview, the state’s chief medical executive Joneigh Khaldun said the initial disparity was caused by the prioritization of health workers and also vaccine hesitancy. For the next phase, Michigan is using the CDC’s social vulnerability index to determine where to allocate more doses, in addition to the number of elderly residents and essential workers.

“We are using an equity lens for how we are allocating doses across the state,” explained Khaldun.

The state health department is also working directly with the city of Detroit — allocating the city extra doses in addition to the formula-based allocations distributed across the state. And they’re partnering with local providers for targeted access in communities of color, using federally qualified health centers, mobile clinics and community-based vaccinators.

“The best public health happens when you go into neighborhoods and when you’re working with communities and when you’re addressing people who don’t have access to transportation or are homebound,” said Khaldun.

The state has set an explicit goal for zero disparities in vaccine distribution, similar to its efforts on Covid cases and deaths. But there is no specific deadline, and Khaldun hopes to achieve the goal “as soon as possible.”

Furr-Holden, who also serves as director of the Flint Center for Health Equity Solutions, said she has confidence that Michigan will eventually close the gap, but worries that simply allocating more vaccine in vulnerable areas will not be enough without an enforceable mandate for equity.

“Flint is predominantly an African American city. I recently got my first vaccine dose in the city of Flint at an administration site, and I was the only African American receiving the vaccine.” said Furr-Holden.

Teen Mom Cheyenne Floyd shocked as Cory admits he could leave daughter Ryder, 3, for MONTHS to work on The Challenge

Surviving locked-in syndrome: How one man confounded expectations of death

Progress Toward One Drug To Treat All Coronaviruses