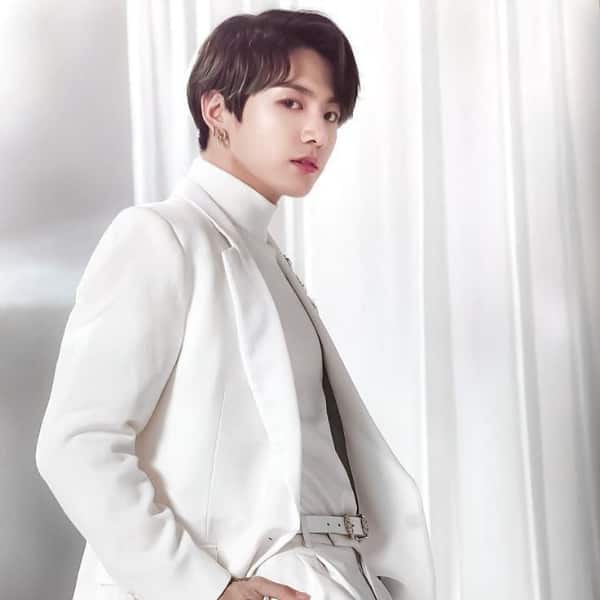 BTS has a massive fan following and each member of the group has a crazy fan following. They have been loved for their amazing songs that spread positivity and love around. BTS member Jungkook has achieved a lot at a young age. He is just 23 and is already ruling hearts. Girls are just crazy for his cute looks and his melodious voice. Apart from being an amazing singer, Jungkook is also a good human being. He has once saved someone’s life in the past. Yes, you heard that right. In 2018, South Korean TV host Kim Sung-Joo shared on the show Visiting Tutor that BTS member Jungkook once saved his life. During the 2016 DMC Festival, BTS was underneath the stage waiting to be brought up via a lift. Kim shared that he was standing on the stage and did not realize a lift had gone down, creating a hole. Also Read – BTS’ J-Hope APOLOGISES to renowned TV host Conan O’Brien after calling him ‘curtain’ on the Run BTS episode 140

He recalled that he had gone backwards and fell inside the lift. However, Jungkook was there underneath the hole and managed to catch Kim. It was because of Jungkook, Kim was not seriously injured from the fall. Kim shared that he is very grateful to Jungkook for saving his life. BTS had recently announced their second English single Butter that will release on May 21. The song is a dance-pop track that promises to cater the smooth yet charismatic charm that the group is loved for. Hence, Amul Butter India has released new caricatures to depict the topic. The new topical has the septet RM, Jin, Suga, J-Hope, Jimin, V and Jungkook, receiving bread and butter from the Amul girl herself. The band recently unveiled the logo of their new single, Butter. Also Read – BTS: Can you guess who among RM, V, Jin, Jungkook, Jimin, J-Hope and Suga has the most lines in their chartbuster song, Dynamite?

BTS members have released a few teasers of their new single and fans are already going gaga over it. Just like everyone else, even we cannot wait for Butter. Also Read – BTS’ Jungkook is aptly named as the Sexiest Asian Man Alive and here’s proof – view pics

Pension: How to track down lost funds and potentially boost your retirement income | Personal Finance | Finance