Rachel’s new gig comes after Tiger’s former flame hinted that his then-wife Elin Nordegren “had to pretend she didn’t know” about their 2009 fling when it was exposed to the public.

The 46-year-old took to Instagram on Thursday to confirm she would be a spokesperson for the company, which ensures “Sugar Babies and Sugar Daddies or Mommas both get what they want, when they want it.”

Rachel’s lengthy post read: “Yes it’s true..I am happy to announce that I have been appointed as the first-ever Seeking Arrangement spokesperson.

“I’m ready to shed some light on the misconceptions of online dating and how rewarding these up front and honest relationships can be. I’m so excited to be joining forces with the world’s largest elite dating site!

“It’s Important to me to share how empowering online dating can be and Seeking is the perfect site to make that connection.

“Online dating has never been as popular as it is right now, with traditional social gatherings hard to come by in the new normal. I look forward to helping you find what it is that you are seeking! Xoxo.”

What is a sugar daddy? 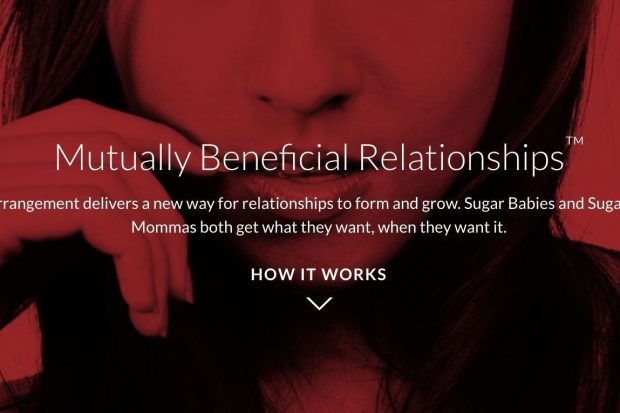 A sugar daddy is a generous older man who spends lavishly on his mistress, girlfriend or boyfriend.

He’s often a businessman, who considers himself too busy for conventional dating – and isn’t short of cash.

A sugar baby, meanwhile, is normally an attractive younger woman who can’t afford her luxury lifestyle.

The couple will usually establish a financial agreement early on – as well as their boundaries, such as whether or not they’re considering a sexual relationship.

Some sugar babies ask for a monthly allowance, while other get “expenses” in the form of glam holidays and shopping sprees.

While a growing number of sugar babies are university students, who turn to their ‘daddy’ to pay their fees.

Seeking Arrangement states that its platform allows users to “stop wasting time” and “be direct.”

“[It’s] where Sugar Babies enjoy a life of luxury by being pampered with fine dinners, exotic trips and allowances,” reads the its “About Us” page.

“In turn, Sugar Daddies or Mommas find beautiful members to accompany them at all times.”

Rachel’s bombshell announcement comes after she insinuated that Elin was aware of her own elicit arrangement with Tiger.

“I wasn’t responsible [for the affairs]. I was single,” the mother-of-one said. “I can’t be responsible for their relationship with their wives – this is what I told myself at the time.

“It was only when the public found out that they had to pretend that their wives didn’t know. I’ll just stop there.”

Meghan probed: “I’m assuming that Tiger’s wife knew?” but Rachel hastily said she was “not going to get into that,” before moving on with the conversation.

Back in 2010, Elin said she was “blindsided” and “embarrassed” by Tiger’s multiple affairs.

“I’ve been through hell. I never suspected, not a one,” Elin told People at the time. “For the last three and a half years, when all this was going on, I was home a lot more with pregnancies, then the children and my school.”

Rachel was arguably the face of Tiger’s 2009 cheating scandal.

At the time of the chaos, Tiger was married to Elin, who he shares two kids with, Sam and Charlie.

Rachel has recently insisted that she’s never cheated on any of her partners on the podcast Intimate Knowledge with hosts Brooke Burke and Real Housewives Of New York’s Meghan King Edmonds.

“And even though I have been with married men every time I’ve been in a relationship I have, like I don’t have one-night stands,” she said. “The men I’m with are because there’s something, there’s a huge connection.”

Rachel previously revealed that during their affair, Tiger – who was recently involved in a horrific car crash – would say “you were the only one I ever love” and that he felt “recharged” after spending time with her.

Elin went on to marry former NFL player Jordan Cameron in 2019. The couple share one son, Arthur, and live in a $10million mansion in Florida.

Rachel is currently dating Ed Batts, who is separated from his ex-wife, Robyn.

Meanwhile, Tiger suffered major injuries to his right leg in the recent car crash in LA, including two open fractures and a shattered ankle – put back together with a metal rod, pins and screws.