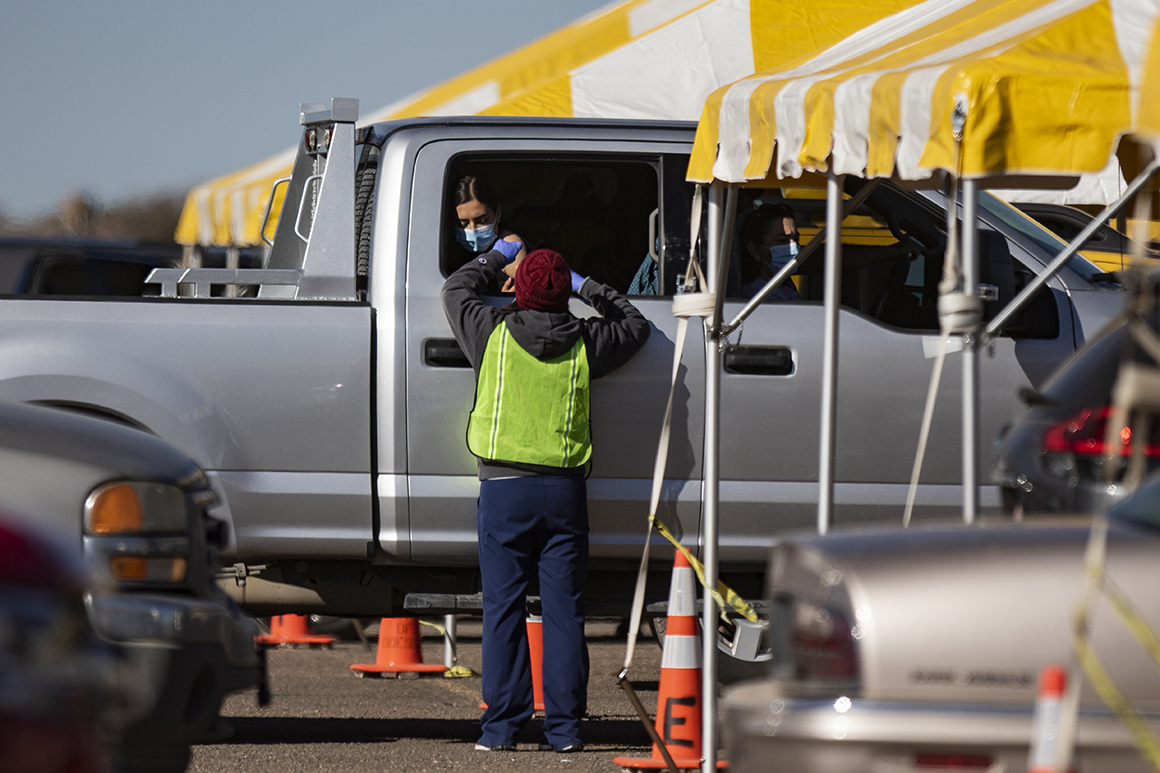 Given the high degree of hesitancy among Republicans and rural Americans, a coalition of health groups and foundations turned to Frank Luntz, a prominent GOP pollster and message crafter. He found that lecturing, shaming or even appealing to abstract notions of doing what’s right doesn’t change minds. What resonated is emphasizing how vaccines can make people and their loved ones safe — and how it can help life return to normal.

“Family is by far the most powerful motivator for vaccine acceptance,” Luntz reported. “Significantly more Americans said they’d be most willing to take the vaccine for their family as opposed to ‘your country,’ ‘the economy,’ ‘your community,’ or ‘your friends.’” (He also found a very pronounced preference for the word “vaccine” over “jab.”)

Military veterans provide one glimpse into the challenge. The Department of Veterans Affairs has been delivering shots almost as fast as it can get them but has struggled to connect with rural vets.

As of mid-February, the department had vaccinated some 29 percent of white veterans, but only 4.8 percent of those in rural areas. The low take-up can partly be explained by logistical issues around transporting and storing the first two authorized vaccines, which must be kept extremely cold, but the department is also trying to change attitudes toward the shot. The VA plans to convene focus groups and partner with veterans service organizations to get the word out.

Vaccine opinion doesn’t fall squarely into two camps — “hell yes” or “hell no.” There’s a large group in the middle either nervous or unsure about vaccinations, but not irrevocably opposed. That’s who public health messengers believe they can reach – and need to reach in larger numbers for the immunization drive to succeed, said Mollyann Brodie, an executive vice president of the Kaiser Family Foundation who oversees its polling.

Kaiser’s most recent survey last month detected an encouraging shift out of the “wait and see” group. Those reporting they were “eager” to get vaccinated had risen to 55 percent, up from 34 percent from December.

But there was scant movement among the hard-line “no” groups. For instance, the share of Republicans who said they would not get a shot under any circumstances, or only if forced to for work, dipped ever so slightly, from 24 percent to 22.

That represents a challenge to reaching herd immunity, which experts project will happen when 70 to 85 percent of the population is vaccinated.

Rural clinics have also had practical barriers. Shots from Pfizer and Moderna are harder to ship and store than most traditional vaccines, and they aren’t well-suited to small rural communities. The newest shot, from Johnson & Johnson, is easier to handle and is the first to require just one dose, so it may be a boon to rural areas and places where people must travel long distances to get inoculated. The downside is that the J&J shot may be perceived as less desirable than Pfizer and Moderna, which had higher overall efficacy rates in clinical trials. However, health officials have tried to emphasize that J&J gives excellent protection against hospitalization and death from Covid-19.

No matter what kind of outreach government and health departments conduct on vaccines, health care providers said they recognized the personal relationships they forge with patients is one of the best ways to ease people’s vaccination fears. However, that’s not always easy for many of the uninsured or underinsured.

“We do a lot of talking,” said Beth Ann Wilmore, director of nursing at Mercy Community Healthcare, which runs clinics south of Nashville, Tenn., serving diverse populations of low-income patients. “I educated myself and the team and our providers and nurses on what the vaccine is, and why we’re giving it, and what it does,” added Wilmore, who said she was initially nervous about taking a brand new vaccine. But she now uses the experience to calm patients, who recently included a frightened young woman who came in for the vaccine she needed to work safely in her education job.

At the Scenic Rivers in rural Minnesota, it’s all proactive. Holmes, the longtime CEO, said staff is calling all eligible patients to make appointments, reinforcing efforts to build trust — and avoiding the pitfalls of spotty internet on the state’s Iron Range.